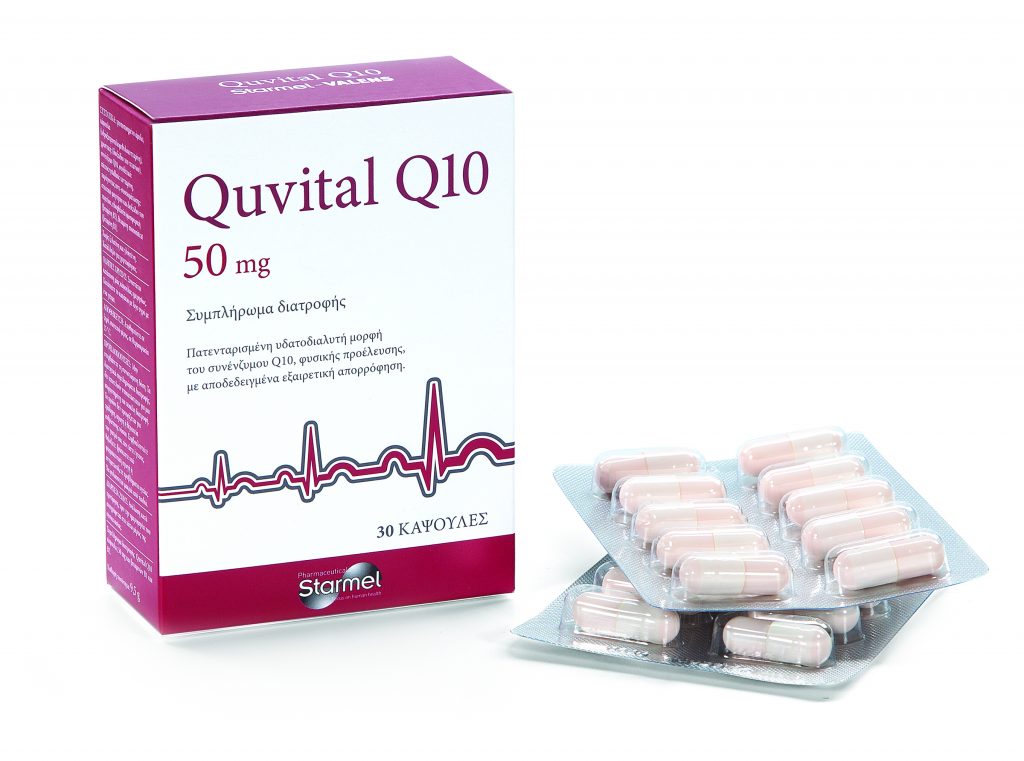 In addition to the effect coenzyme Q10 has on the inhibition of the aging process, it has proved to be very effective in the clinical practice of the relief of symptoms of a number of severe diseases such as various heart diseases, hepatic impairments, neurologic disorders and, in particular, so-called degenerative diseases (Alzheimer’s, Parkinson’s, Huntington’s disease) (1). Among these severe diseases, many forms of mitochondrial diseases are included, in particular during the period of childhood (2, 3). Recently, it has even been proven that there are genetically confirmed forms of childhood mitochondrial diseases, the main cause of which is primarily a deficiency of coenzyme Q10 (4). These diseases require treatment with doses of supplementary coenzyme Q10. So far, capsules were most commonly used for this purpose, in particular soft gelatine capsules containing coenzyme Q10, which are the most accessible form of this coenzyme due to their lipophilic properties, and they are also the most common form found on the market. The latter contain coenzyme Q10, which is partly or completely dissolved in an oil base.

Recently, water-soluble forms of this coenzyme can also be found on the market; the majority of the published data show that with the increased water-solubility, bioavailability also increases (5, 6), as well the possibility of preparation of various other pharmaceutical forms, which were until now inaccessible or less accessible. In this context, Valens Int. offered us Quvital syrup (we agreed to test it), which contains a special, water-soluble form of coenzyme Q10 that was developed and patented by the National Institute of Chemistry in Ljubljana (Patent SI 21783, WO 2005/111224 A2). The base of the syrup is natural concentrated fruit juice with no added sweeteners or preservatives. The concentration of the coenzyme Q10 in the Quvital syrup used is 15 mg/mL.

In using Quvital syrup, we wished to determine its potential advantages in comparison with the use of soft gelatine capsules from the perspective of its acceptability among our little patients and from the perspective of its clinical effects. To this end, we have substituted the soft gelatine capsules containing coenzyme Q10 in all cases of children with severe forms of confirmed or clinically very probable mitochondrial diseases with equal or lower doses of this coenzyme in the form of Quvital syrup. In particular, we have determined an exceptionally good acceptability of the syrup in most children and, subsequently, an anamnestically and objectively determined improvement of clinical effects in relation to equal or higher doses of coenzyme Q10 in the form of soft gelatine capsules.

According to our experiences, Quvital syrup is a very welcome and useful innovation for anyone who favours liquid forms of medicines or has difficulties in consuming capsules or receives a large number of solid forms of medicines for oral use; this innovation is particularly welcome among children and the elderly. It enables adjustment of dosage to an individual’s needs, both in terms of quantity and administration. The syrup can be taken undiluted or as a cold or warm drink when diluted in water, tea, etc. It is therefore understandable that all of the children (as well as their parents) have accepted the syrup as a great innovation.

In addition to good acceptability among patients, the clinical efficiency of the syrup was also obvious, as the anamnestical and clinical condition of children improved significantly after the substitution of capsules with the syrup in equal and even in lower doses.

In the light of our experience, I estimate that similar effects can be expected in other conditions and diseases related to a deficiency of coenzyme Q10.

The vital biological functions of Coenzyme Q10, its beneficial contribution to human health and its safety have all been confirmed in numerous scientific investigations. Some of interesting scientific sources include: